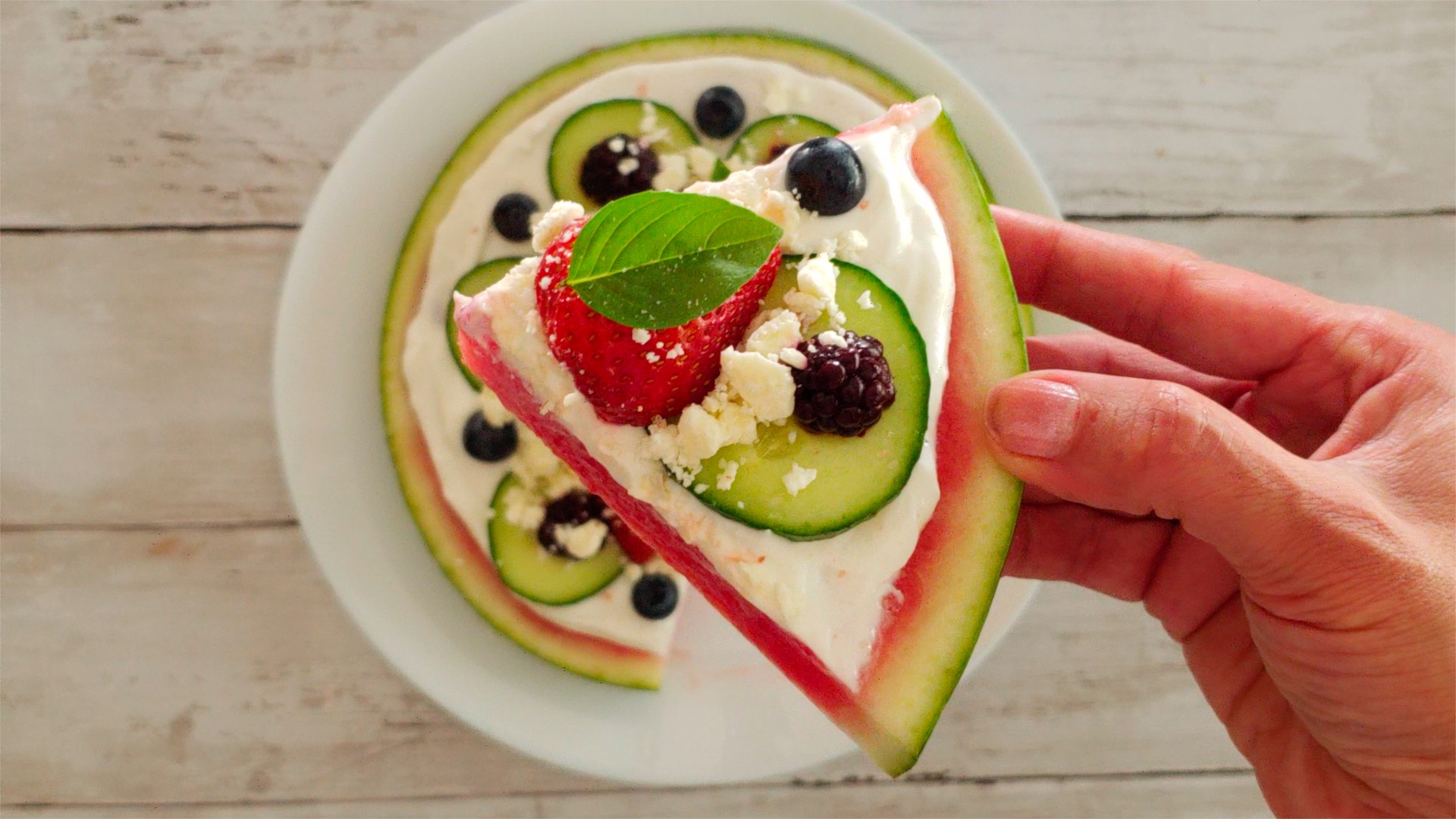 Beat the heat with these Two No-Cook Summer Desserts which can be made under two minutes. Make these for your next party and indulge into a healthy treat.

Pizzas and Ice Creams are every kids favourite. Why not try this healthier version of Pizza and Ice Cream for your kid’s next party and sneak in some extra nutrients in the form of fruits.

These two recipes will excite kids as well as adults. During summer, take a break from the kitchen since these are Two No-Cook Summer Desserts. The best part is that these two are fruit based desserts. So you get hidden benefits from fruits.

The first recipe is Banana Nice Cream and the second Recipe is Greek Watermelon Pizza.

Nice creams are slowly gaining popularity across the globe. Why not start your first step with this simple recipe which is easy to make.

Typically in a Nice cream, Banana is given a cream kind of a texture. But I wanted to keep this recipe short and simple. Hence I took a whole banana and tried to disguise it as a chocobar.

The second recipe, which is Greek Watermelon Pizza is an easy dessert bursting with fresh summer fruits.

Watermelon is the best summer fruit containing loads of water and due to its neutral flavor, pairs well with any other ingredient.

Please do try these recipes and leave your comment to let me know how they turned out for you.

You may check my other Dessert recipes under Breads and Cakes.

fitnfastrecipes
These two recipes will excite kids as well as adults. During summer season, take a break from kitchen since these two recipes are No-Cook recipes. Beat the heat with these two cold desserts which can be made under two minutes.The best part is that these two are fruit based desserts. So all the more reason to definitely give them a try.The first recipe is Banana Nice Cream and the second Recipe is Greek Watermelon Pizza.
3.47 from 26 votes
Print Recipe Pin Recipe
Prep Time 4 mins
Freezing Time 1 hr
Total Time 1 hr 4 mins
Course Dessert, kids recipe, party snack
Cuisine Not specific
Servings 4 people