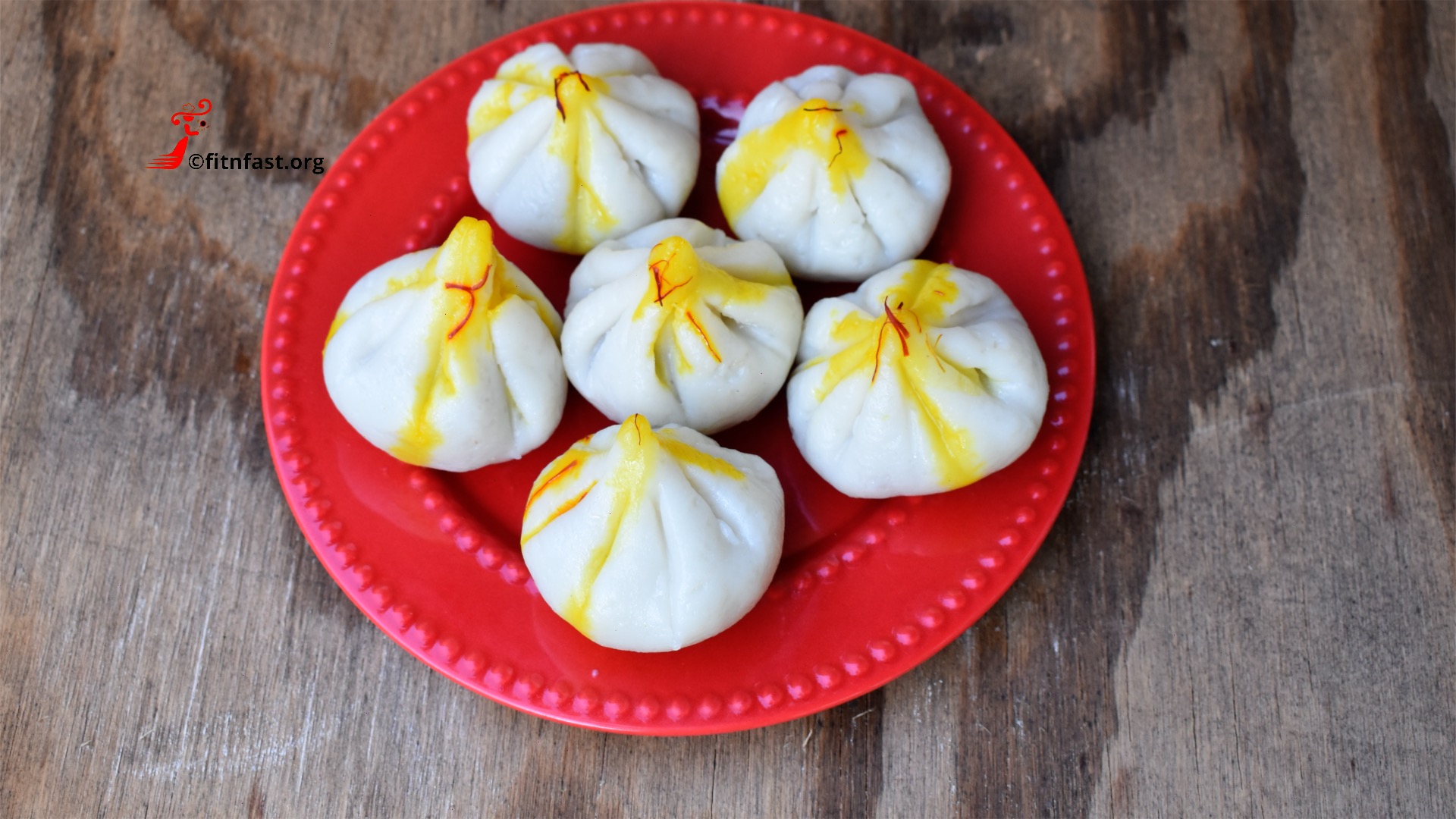 Presenting a No fail recipe with some tips and tricks for Traditional Steamed Modak,Sweet Kozhukattai, Ukadiche Modak which is a Ganesh Chaturthi special recipe.

Since one of the popular names for Lord Ganesha is “Modakapriya” meaning who loves Modak. Thats why during Ganesh Chaturthi, it is customary to offer a prasadam of Modak or sweet dumpling.

Nowadays moulds are available which make the task simple. Yet to keep our tradition alive, lets try to make it the traditional way.

Believe me, it is not difficult. If you manage to get the right consistency of the dough, rest all becomes very simple.

You will also see that the method of making modak is same in Southern India and Maharashtra.

There maybe little variation in the stuffing. I have presented the traditional recipe from Tamil Iyer community.

Since we consider Lord Ganesha to be the God of wisdom, success and propensity, therefore people, who believe in his powers worship him and seek his blessings before beginning something new.

While worshiping the deity, people offer a bhog with foods and ingredients that he loves in order to please him and attract positive energies into their lives during the festival of Ganesh Chaturthi.

Please check some other Traditional sweet recipes of mine here

* The % Daily Value tells you how much a nutrient in a serving of food contributes to a daily diet. 2,000 calories a day is used for general nutrition advice.